There are more than 80 different autoimmune conditions, with over 50 million cases in the US alone. Don’t wait for autoimmunity to destroy your tissue before receiving the correct diagnosis and treatment.

Have you been diagnosed with any of these autoimmune issues?

Do you also suffer with one or more of the following symptoms?

That is a Staggering Statistic! 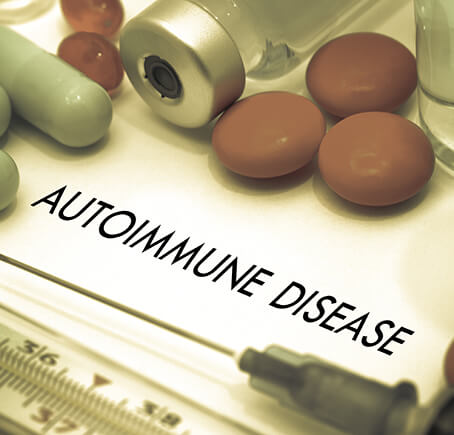 The standard health care model today waits for the autoimmunity to significantly destroy the tissue (full-blown autoimmune disease) before making a diagnosis and beginning treatment. The first line of therapy for autoimmunity is typically heavy corticosteroids and immune-suppressive drugs. These medications, although necessary in many full-blown cases, carry heavy side effects.

It is important to understand that there are supportive, drug-free nutritional protocols and breakthrough autoimmune testing, such as that of Cyrex Laboratories, that can dramatically help reduce your autoimmunity by determining what is causing your immune system to become hyperactive in the first place. If these tests are completed and nutritional therapies begin before a person develops full-blown autoimmunity, the disease may never fully express itself. These protocols are also highly successful in helping people who already have an autoimmune disease. They can provide the support an autoimmune sufferer needs to dramatically improve their quality of life.

If this approach of treating the cause not just the symptoms makes sense to you, call or email us for an appointment. We are here to help our neighbors in DuPage County and the surrounding areas of Illinois!